These words describe the actions of Governors Ron DeSantis (Florida), Doug Ducey (Arizona), and Greg Abbott (Texas). These are not pre-filtered or sanitized words because it is important to call something exactly what it is.

Not sure what I'm talking about?

It's understandable. It is appalling how little this story has been reported on in comparison to the many other stories that have been in constant rotation in the news. It's no need to get overly complicated in explaining what these elected officials, these men, did to other human beings. DeSantis paid for private charter flights to take migrants from San Antonio, Texas to Martha's Vineyard, Massachusetts. Details then began to emerge about how the migrants, mostly from Venezuela, were tricked into going on these flights. DeSantis already has a civil lawsuit against him seeking damages for the migrants but there will probably be criminal charges brought against him as well.

The two other Governors, Ducey and Abbot, have engaged in similar schemes throughout this past summer. They've hired buses to take migrants out of their respective states to places like New York, Washington, D.C., and Illinois. Each of these three had clear intentions. They are republican governors from states that are considered "red states," where conservative and republican elected officials and a republican leaning voting population resides. The areas like Martha's Vineyard, D.C., New York, and Illinois are considered liberal democrat cities and states. These cities and states are considered to be more accepting of migrants and pro-immigration generally. In fact, each of these states and cities have the designation of being a "sanctuary state/city." This means that undocumented immigrants can live in these places without the looming threat of being arrested, rounded up, and deported. These republican governors and their states are far from any of that. They could even be described as hostile to immigration and certainly have zero tolerance for immigration that does not go through the formal processes.

DeSantis, Ducey, and Abbot using chartered flights and buses to get these people they didn't want out of their states and into places that are accepting of them being there is not some gracious act. It is the very worst of what our current politics in the United States has to offer. And, it is the very worst of what humanity has to offer since the original sin committed in the garden of Eden, commonly referred to as "the fall." They lied to these people about where exactly they were going. They lied to these people about the opportunities that were awaiting them when they got there. And guess what? They didn't even inform the cities and states they were sending the migrants to that they were on their way. They didn't have good intentions for these people. If they did, they would have made sure the necessary supports were in place. Instead they were sarcastically saying through their actions, "These people are your problem now, so called sanctuary city/state."

President Biden called it a "political stunt." With all due respect Mr. President, it is far more than that. It is irresponsible. It is unethical. It is immoral. I mentioned in the beginning that what they did was racist, and it absolutely is. These are Venezuelan, Latiné, people (often refugees) as opposed to say Ukrainian refugees. The race and ethnicity of the people makes a difference in terms of the response that these governors and state populations have to different migrant populations.

It is an evil, hate filled act that we have seen before though.

I had never heard of the Reverse Freedom Rides before listening to an episode of NPR's Code Switch Podcast in 2019. That episode (linked below) was recently revisited in light of the actions of Governors DeSantis, Ducey, and Abbot.

If you're cringing reading this, yeah...

Similar to these republican governors with Latiné migrants today, 60 years earlier segregationists in southern states did the same thing with African Americans. They sponsored these reverse freedom rides sending African Americans to northern or non-segregated cities. It was the same irresponsible, unethical, and immoral "political stunt" that had real world implications for people's lives. The African Americans who were recruited for these rides were tricked as well. One woman named Lela Mae Williams, who was a mother of nine, was even told she would meet President John F. Kennedy when she arrived in Hyannis, Massachusetts from Little Rock, Arkansas.

There were no supports in place for these African American families. No job prospects. No greater educational opportunity. And, in fact, because of the design of norther cities, particularly in impoverished areas, the living accommodations were worse than what they came from. African Americans like Lela Mae were like pieces on a game board. They were not seen for the human beings they were and are. They were seen only as tools for political gain, and, worse, the maintaining of the status quo of white supremacy and anti-blackness.

Old habits die hard, but we must expedite their expiration. Elected officials no matter how well funded or powerful should never be allowed to circumvent the law and completely upend the lives of the already most vulnerable. This country let it happen before and we have all suffered the consequences. It can't be allowed to continue or be resurrected. And personally, as a Christian minister, I cannot allow anyone who is a part of the community of faith to ignore this. God calls upon us to see people with the same image of God that we have on and within us. Jesus is clear about what the priorities are. We have to be serious about staying true to what is required of us by that Brown-skin Palestinian Jew from a little place called Nazareth. 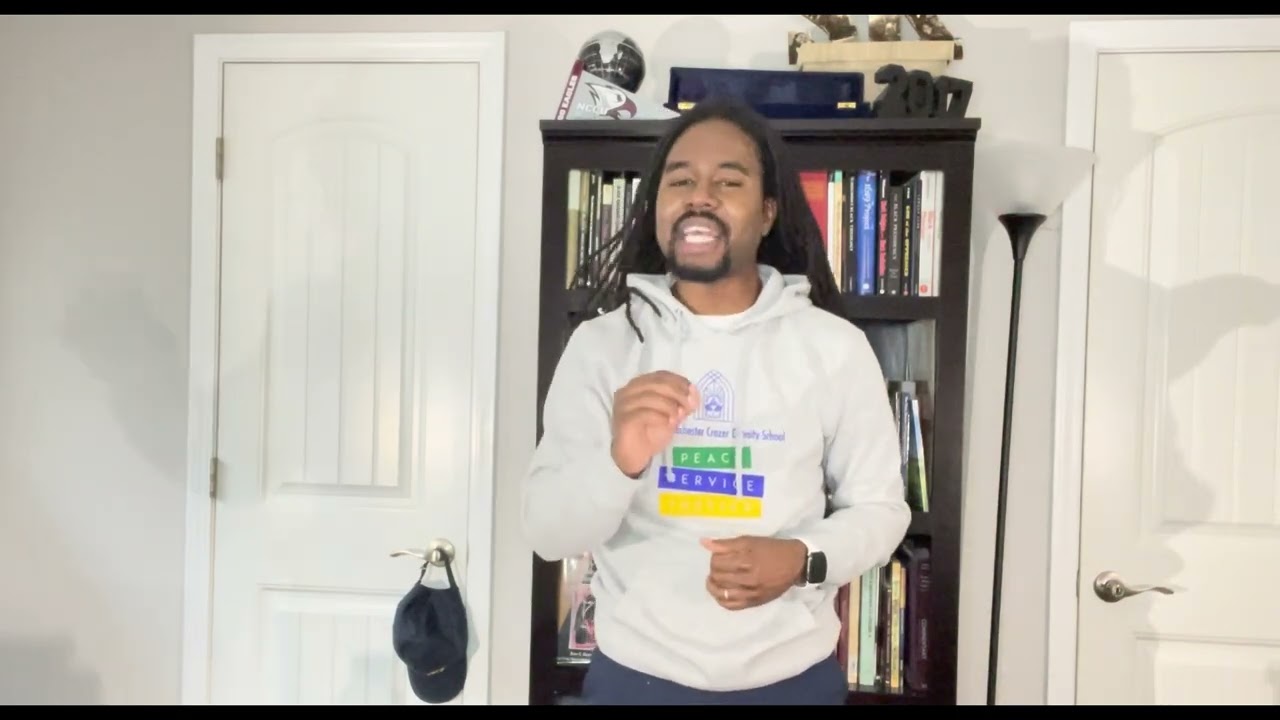 The People's Pulpit Presents: "Your Diet is a Game Changer" 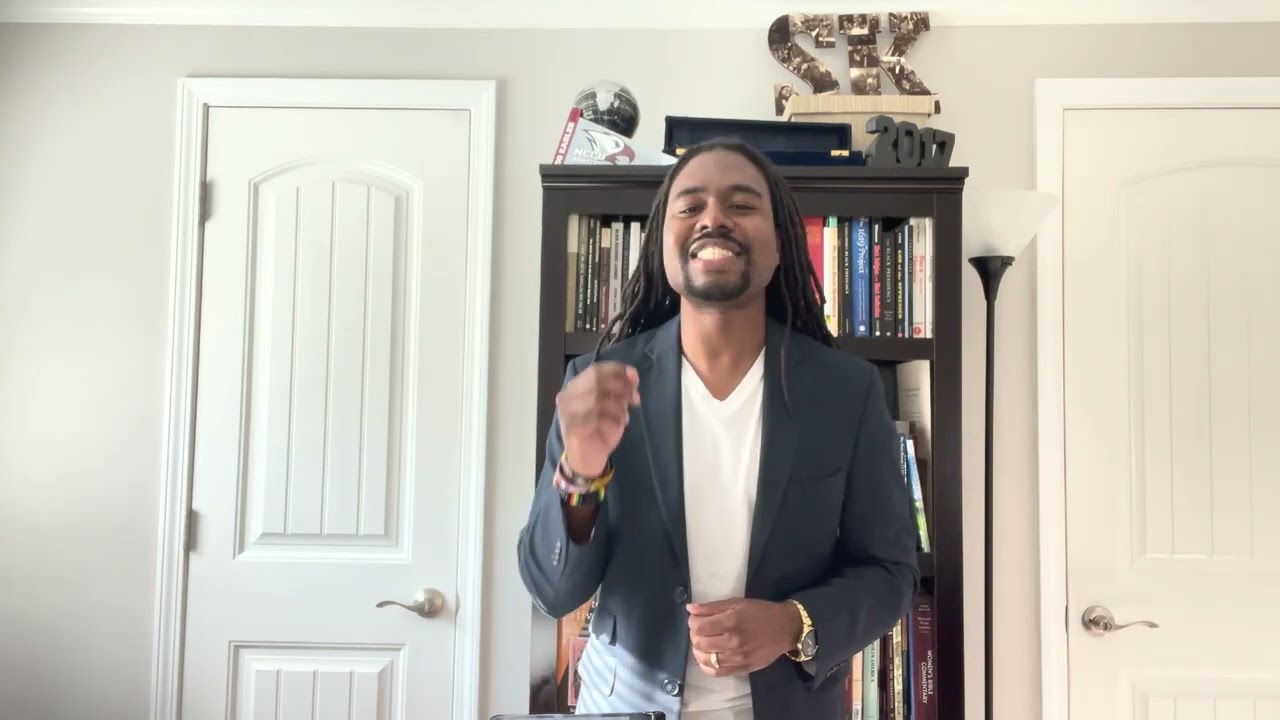 The People's Pulpit Presents: "Knuck if You Buck!"